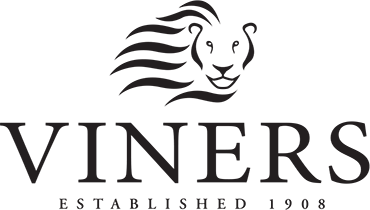 Viners
Viners has a long and illustrious history as a family of silversmiths in the UK since the late 19th century. Establishing their first manufacturing business in 1908 in Sheffield, specialising in plated holloware, they were one of the first businesses to introduce new cutting edge production techniques. After the First World War, Viners diversified into cutlery production and became leading cutlers within the marketplace. Viners were the first cutlers to utilise real marketing strategies; specifically designed packaging and advertising campaigns led to Viners being the most recognised cutlery brand in the UK. With a clear directive for innovative design, Viners employed eminent designers to create classic designs that can still be found in homes today. The iconic Studio range still exists within the Viners portfolio today and continues to be one of our most popular and expanding designs within the range. Today Viners is focused on building the brand and developing leading exclusive designs.
Position
Products per page:
Position
Products per page:
Shop By
Shopping Options
Brands Stores
Browse Catalogue